With the full release scheduled for June 27, just a week from now; this will be the final pre-release update - thanks to everyone who's looked into the game and played the demo so far.

First off - as linked on the game's page; the game's opening has now been uploaded in full.

Among the many pieces of artwork showcased in the opening, one which wasn't featured anywhere before the video was uploaded was this entity - despite having some similarities to the four chimeras, it's something entirely different...

In addition, similar to the bonus guest pieces commissioned for the demo's release; we've also begun to share some of the guest artwork for the full release on our Twitter, such as the first preview of this five-character piece (link NSFW, as always).  Over the next week, we'll be showing it in full, as well as its (substantial) variation, along with other pieces. 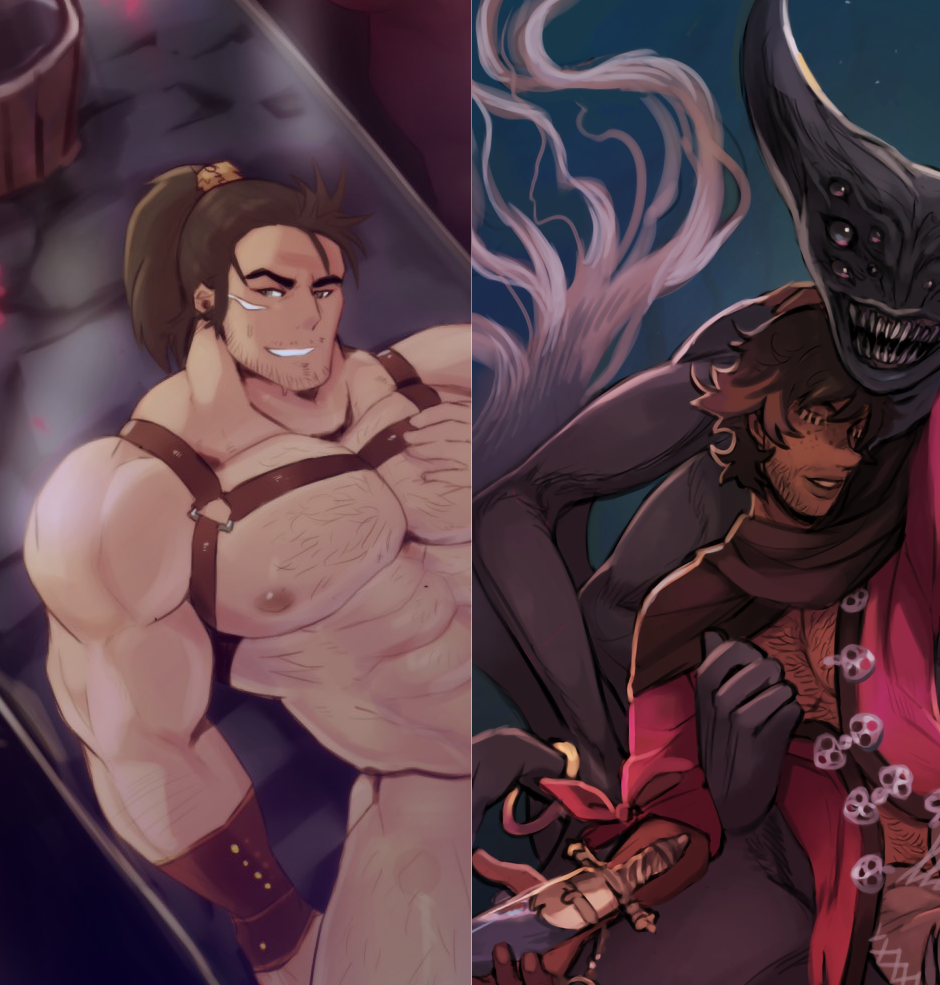 All the guest artwork for the demo and full game will also be available to view in the game's CG gallery, however timing issues may mean one piece will need to be added after launch.

As before, we've also been showing more CG previews on our Twitter since the last update, such as the full artwork for The Library at Meleuma's second CG; and one particularly crucial closeup of another.  A moment has also been created to collect all the full CGs that have already been posted - after the game's release, the complete artwork will gradually be added to it as it's put up. The full images without Twitter compression will of course also be provided separately.

Finally - to make things as accessible as possible with the full release, a brief content guide will be posted next week once the game comes out. Missable content and forced repetition is intended to be kept to an absolute minimum with the game's structure regardless, but a quick overview of how the ending branches work and how to see everything might still help clarify things.

As well as the guide, a save file will also be provided so that those who have already played the demo won't need to repeat the prologue. Aside from the addition of the opening video, revisions to two minor lines of dialogue and not requiring multiple forced defeats against Solrimanche to proceed (as per feedback), no content has changed in the opening section, so if you've played the demo; you can feel free to skip to the rest of the game without missing anything new.

We hope you're looking forward to the full release - see you in a week.