As requested, we're now including a gallery for all the game’s CGs. 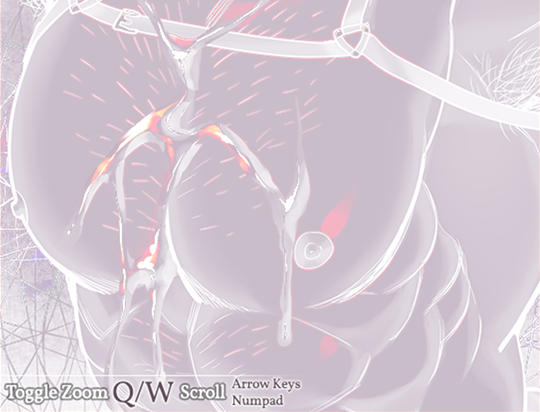 Along with the regular CGs that are used in the main game, you’ll also be able to view the additional art produced for the game, such as Kaito-draws/kd-baras and wolfconf's pieces (all links NSFW); which can be viewed on our Twitter. 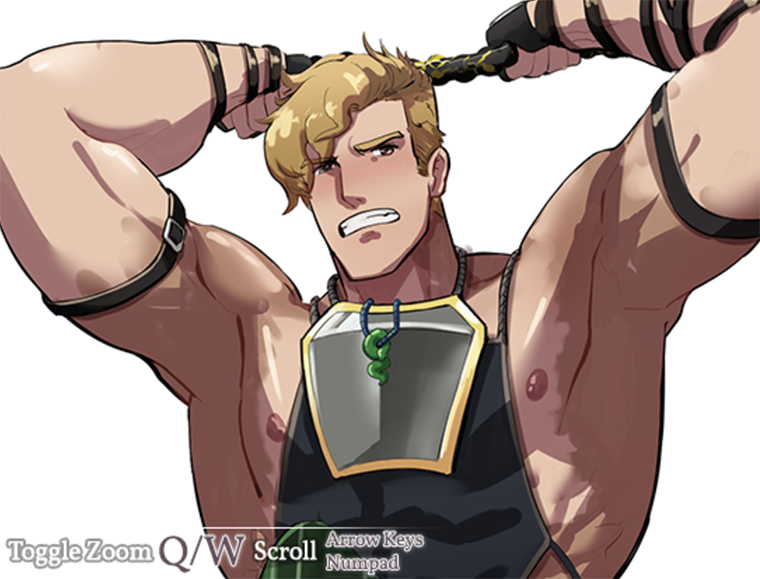 Additionally, you might remember all of the various pieces of underwear that could be found in the Praeses' bedroom in the demo - in the full game, those four pieces will be available to wear after Iustirho's leggings are destroyed, with CGs to match. 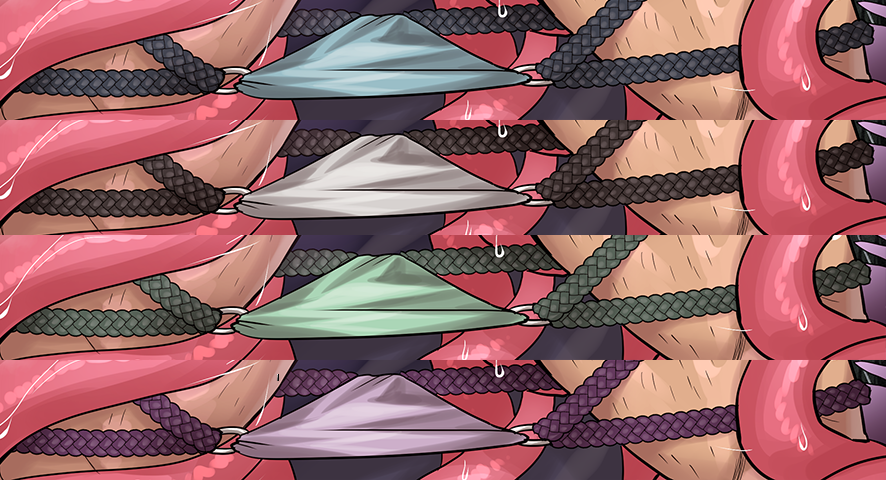 However, only one set of those variations will be used in the game's CG gallery, so we're currently running a poll to vote for which should be the 'canon' choice. The poll will close on 21/12/18, a week from now.